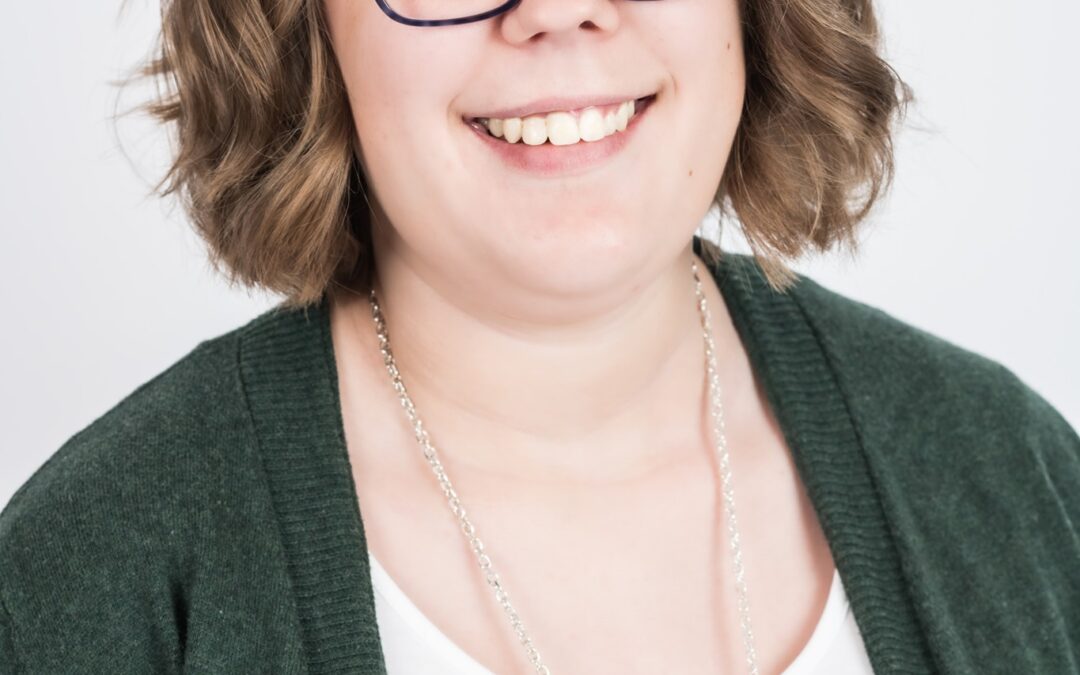 If you talk with Rachel Petri, you are going to hear the phrase “living on mission” often. Since it is such a powerful concept to this young woman, I wanted to explore what that means to her, and how she arrived at this place as a not quite 20-something person.

Rachel describes her own story as “crazy,” especially when viewed through human eyes. Her’s is one of those, “only by God’s grace” stories!

You’ve likely seen someone’s eyes being red in a photo. That happens when the light bounces off their retina. At her two-week well-baby check, Rachel’s astute doctor noticed she did not have the red reflex.

A referral to a specialist revealed congenital cataracts. Rachel had two eye surgeries within her first month of life. The physician saw her eyes clearly in surgery and found more than cataracts. The diagnosis they shared with her parents was as long as she was—Bi-Lateral Persistent Hyperplastic Primary Vitreous. This rare condition is typically genetic, but Rachel’s family line held no markers for this condition.

A couple of weeks later, Rachel sported her first pair of glasses. That’s absurd, you may think. How would a newborn have their vision tested? When her parents got asked that question, they were fond of saying they sat her in front of the eye chart, and she didn’t say anything! (Yes, it is ok to snicker here).

Despite their sense of humor, Rachel describes the challenge her mom and dad faced. “It was pretty awful for my parents because they did not know if I could even see, and they weren’t able to be given a prognosis. But at the same time, it’s a total blessing from God that we caught it as early as we did. Typically, they do not catch visual impairment until kids crawl or run into things.”

“There’s been a huge number of ‘I shouldn’t be able to see’ for this reason, or ‘that thing should have left me blind.’ But God’s faithfulness has seen me through it all.”

At age five, Rachel had a cornea transplant. And though for the last fifteen years, both her corneas have measured thicker than is optimal, she still has limited vision. Once again, the medical doctors don’t understand how that is possible.

Besides the faithfulness of God, Rachel is grateful for her parents’ love and commitment. “In second grade, I began taking eye drops every hour to prevent rejection of my cornea transplant. My Mom came to school and sat in the hallway every day to give me the drops every hour. She did this until I learned to instill the drops myself in fourth grade.”

Throughout all of her school years, she pushed to do her best. No one expected her best would be subpar. Today Rachel is a senior at Northern Kentucky University, pursuing a bachelor’s degree in psychology. Her next step is a master’s degree in counseling. Her goal is to become a hospital Child Life Specialist.

As a kid, Rachel was in and out of the hospital a lot. She stopped counting somewhere around thirty or  forty surgeries. Her first dream was to become a pediatric ophthalmologist until one of her eye doctors kindly explained her limited vision would prevent her from that occupation. But he didn’t leave her hanging. He encouraged her to volunteer at the local children’s hospital and observe other medical fields. That is how she discovered Child Life Specialist.

“I know that if you’re sitting in a hospital waiting room, you’re super bored or you’re terrified out of your mind. I want to go into that situation and give the parents information they need and offer the siblings some play diversion.”

Rachel is not just waiting until she graduates and is employed to serve others. She volunteers in her church’s youth ministry. Her passion to see and meet the needs of others became apparent in her own high school years.

“The summer of my sophomore year in high school, I attended a large youth conference with my church. I noticed a girl from our church wasn’t going into worship. Worship was live bands; it was awesome to have 5000 teenagers worshiping together. Yet she was sitting in the hallway. I went over to ask her why. She told me she has brittle bone disease. All the super tiny bones in her ears were at risk of breaking from the vibrations of loud, live music. It wasn’t safe for her to be in there.

“I sat in the hallway with her, so she didn’t have to be alone. When we went back to the auditorium after music ended, the lights dimmed. She helped us find seats. It was a cool picture of the Body of Christ. I notice this about you and help you. But then I need your help in this other area.

“I may not see a lot of stuff, but I was learning to see people in new ways. I realized this is how to live on mission with Christ. To go after people intentionally and individually. I see a person and am drawn to them. I feel the Holy Spirit’s nudging that this person needs to be encouraged right now. It’s taken a lot of forms. I’ve helped to lead a respite night at my church. I’m a middle school girls’ leaders at church. Even in friendships, I follow up to ask about a family situation they shared previously.

Once she learned to live on mission, Rachel wanted to share her life with others. She serves in the middle school ministry, getting to know each of the students. She teaches and hangs out with them. Sometimes this means they are goofy together. Other times, the conversations get serious. She used to think, you’re eleven. What could happen in your life right now? But she’s learned that nearly half the kids she works with are experiencing huge life challenge that would knock most people down.

“I can’t play glow in the dark dodgeball, but I can lead differently. And kids need that. Maybe a physically abled leader wouldn’t be able to pour into them in the same way.

“The biggest thing I hope comes across from my life is a disability is not a hindrance in ministry, it’s an asset. My visual impairment has given me sight to see people as they are. Other disabilities offer similar perspectives. It takes somebody who’s really broken to serve in specific ways. If you’re living with a disability, and you’re letting that stop you from doing ministry, then there’s likely a specific ministry to specific people that’s not being done because you’re not doing it!” 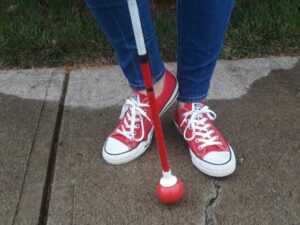