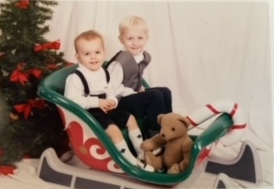 Hello all, it is Joshua Helms bringing you another article. The wonderful people at Luke 14 Exchange have asked me to write a piece about World Autism Awareness Month, which is very near and dear to me on a personal level. I do not think I would be sitting here without my brother, Zachariah Helms.

Zachariah, or just simply Zach, is unique, just like every other person in the world with autism. Growing up with someone who has autism is a 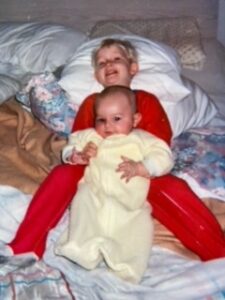 journey. It has molded who I am, and it has shifted my perspective on understanding people. I am grateful for the journey that my brother and I have shared. Zach came into this world when I was about two and half years old. I vaguely remember wanting to see my new brother and my dad guarding the door, saying that my mom could not be disturbed. Like most unknowing older siblings, I was simply curious about this new being who would be called my little brother. Unfortunately for me, I would be the “little” brother, as this newborn would become a staggering willow tree of around 6 foot 4 inches.

As we went to school, I remember times when my brother would get in trouble and my teachers would give some excuse for it. I did not fully understand this until I was in 4th or 5th grade. One day, instead of going to school we went to some sort of doctor’s office for appointments for both myself and Zach. I remember taking various tests and talking with a man about the Wizard of Oz while waiting for my brother to finish his tests. Then after all that, I went to baseball practice. I also remember when I was in the sixth grade my mom told me Zach is autistic. In all honesty, learning that Zach was autistic changed nothing for me. I knew he was my brother and ultimately that was enough for me.

After knowing he was different, I was more protective. I knew I was supposed to be protective regardless because he was my brother. I had a sense of knowing that an older brother’s duty was to protect the little brother, no matter what. This became more real to me after my parents got a divorce. 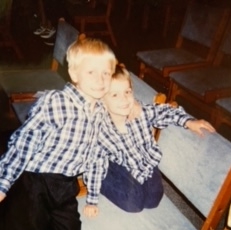 Whenever Zach and I had to go to our dad’s house, we knew we had each other. As I got older and understood my brother more, he became more of a blessing than a hindrance.

Zach, to some people, was considered a nuisance. However, nobody really attempted to understand him. Sure, he was different and often an outcast, but that just made Zach even more fun to be around. One of the biggest issues people have with my brother is that he can be stubborn. His stubbornness would actually change my life drastically. One day, we encountered a difficult family situation. I knew I needed to defend Zach. I didn’t care if my actions on his behalf sent me to juvenile hall (they didn’t); I was just grateful that my thirteen-year-old brother was safe.

I do not dwell on that event often, but sometimes I look at it and see how I have grown with my brother. Zach graduated high school with honors and he is currently pursuing higher education in Video Game Scripting. He prays and seeks the Lord each morning. I am extremely proud of the man that Zach has become through all of life’s ups and downs. Zach and I talk every day, sometimes about random silly stuff and sometimes about more serious situations in 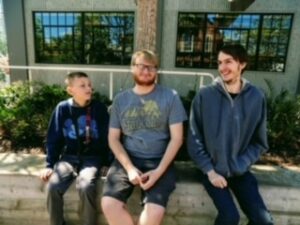 life. No matter how I am feeling, Zach can always help me feel better, despite the difficulty he has understanding others’ emotions.

A Bible verse that always makes me think of Zach is Psalm 139:14, “I praise you, for I am fearfully and wonderfully made. Wonderful are your works; my soul knows it very well.” Instead of “I am”, think “We are”, because we are fearfully and wonderfully made in the image of our Almighty Creator. Others may view autism as a discouraging title, a hindrance, or even a barrier, but it should not be. God made people the way he intended them to be. It is all part of His magnificent plan for each one of us. Because Zach is my brother, I have a closer connection to kids in the same situation. As a teacher, he gives me the heart to make sure that kids with special needs are taken seriously and cared for. Without Zach, I would not have one of my closest and best friends.

I would not trade my hilarious willow tree of a brother, who slightly looks like the Russian priest Rasputin, for anything. Like a true spectrum, no matter where you follow it, there will always be true beauty put there by a magnificent Creator.

In my case, I will just simply end with this quote from an unknown source: “Happiness is having a younger brother who is taller than you.”