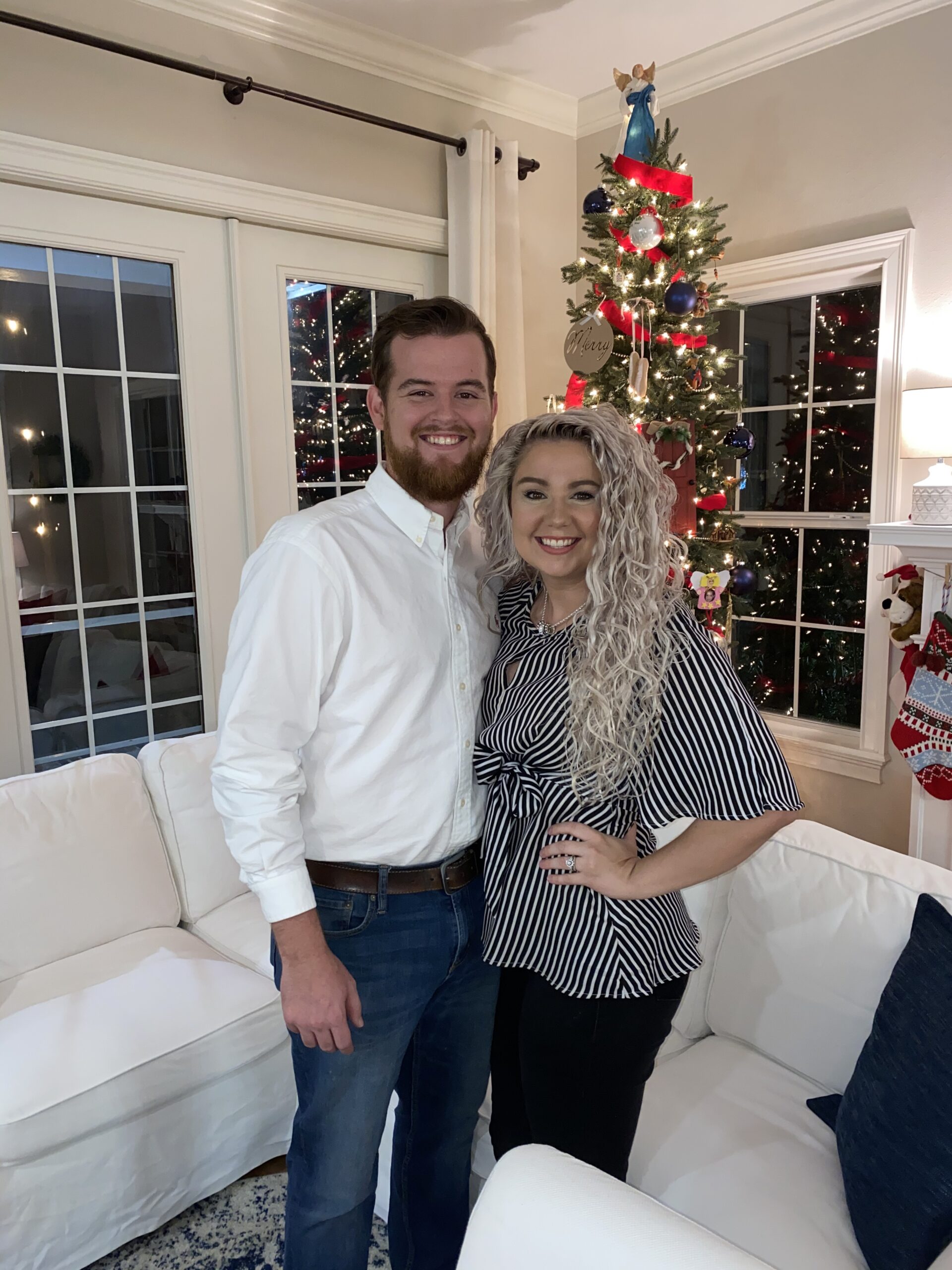 Christina’s devotion to God started as a young child, even before she knew him personally as her Lord and Savior. Perhaps God planted the worship seed early in her life to sustain her as she walked a hard path to her current place of serving as a worship minister.

In her early years, while attending a Christian school, Christina sensed God’s presence. She had not yet learned much about him, but knew God was real. Even in Pre-K she recalls raising her hands in full surrender as she worshipped the God she could not see.

Just a short time later, her rich vocal skills drew attention. At eight she began voice lessons. Christina loved to sing and develop her talents. As a child the vocal lessons, rehearsals, and competitions were hard, but she knew they were helping her to grow. Through it all, worship held her true joy. She recalls people confirming her calling in her elementary years. But as a child, what did that mean?

At a middle school retreat, during worship of course, Christina personally met the God she loved to praise. She understood her own sin and need for a Savior. Right there in the chapel she dropped to her knees, confessed her sin, and opened her heart for Christ to live within.

Right away she knew she had changed. “I could no longer get away with things. It was like I had a conscience.”

As Christina’s talent developed, her family moved to the Nashville area to connect her with the music world. She sang and traveled with several country music bands while continuing her education in a large public high school.

As if a developing career, and learning a new school and community were not enough, Christina endured a trauma during those years. Try as she might, stuffing the details and not telling anyone did not help. Trauma cannot be dealt with in the dark. During the ensuing months, her brain chemistry changed. Depression took over her life. Others noticed it too, along with the hate she now carried in her heart.

She realizes now, “I was angry at God for allowing me to be in that situation. But I didn’t blame God. I carried the blame myself. My view of the world around me grew darker and darker.”

Though Christina had experienced success as a musician, she struggled with anxiety and panic when touring in certain cities. She experienced traumatic flashbacks when in a similar situation. Because no one else knew what happened, it became torture to stuff it down.

Seeing the change in their daughter, Christina’s parents sat her down and asked her to tell them what was wrong. She hesitantly poured out her story. They arranged for her to see a psychiatrist. The medications prescribed for her depression did not work for her. She needed to talk with a therapist. Christina found therapy beneficial and continued that practice through the rest of high school and college.

She did not see a way through her pain to embrace a career in music. Instead, she enrolled in a safer degree—science. She hoped to continue studies in occupational therapy.

The call of God did not relent. Deep down, she knew God called her to ministry. But how?

While in college she met Drew, a man she instinctively knew was safe. She also sensed he would be part of her life for the long-term. Christina wanted him to understand what a relationship with her could mean. Shortly after they met, she explained to him about her depression, trauma, and treatment. She shared that her mental health would be a lifelong challenge. It would not be easy to be the significant other of a person with a mental health diagnosis. Drew assured her that God had directed them together and would see them through.

God blessed Christina with the gift of Drew. Almost immediately after meeting, he saw patterns emerge in her life as she cycled through her depression. Gently, he pointed out triggers and suggest ways she could respond positively to those triggers. For example, he would tell her they were going kayaking — right now — to provide a break in the cycle, and a change of scenery.

Christina experienced nothing like this before. Six months into their relationship, they were engaged. Now after five years of marriage, with Drew’s help, Christina no longer regularly struggles with depression.

Christina is grateful that while she was not fully following God, He still loved her enough to give her Drew. Together they exemplify Ecclesiastes 4:9-10. “Two are better than one. . . if either of them falls down, one can help the other up.”

As newlyweds Christina and Drew learned about a school in Jacksonville, FL that offered a master’s degree in worship. She applied. Once accepted, they packed up their car and drove to Florida. Where they would live, or how they would support themselves, was unknown to them.

Christina recalls the first day she entered the classroom to start her master’s degree. “Everyone was loving, Christ’s love exuded from them. As the weeks advanced, it continued. This was genuine. They understand worship down to their core. I want to be like them.”

But Christina knew there was one who was not happy about this.

Christina finished her graduate degree and now works in a church as a full-time Minister of Worship and Young Adults. Recently she enrolled again in school to earn a Doctorate in Worship Ministry. She admits to still feeling overwhelmed at times. The weight of the mantle of worship can be heavy. But Christina has no doubts that God called her, and she needs to be faithful.

Asked how she handles those who talk about mental health issues as sin, Christina replied, “That can be a cause but not all the time. Mental health diagnoses are real. If I need to discern which this is in my life, I pray. I ask God if there is any unconfessed sin in my life. If he reveals it, I deal with it. If he does not, I work through the illness.”

Challenges, like the ones Christina encountered either defeat a person, or mature them. Christina, seeking God’s direction in her experiences, is now a wise young woman. Take some time to learn from her closing thoughts.

As I listened to Christina’s story, Jesus’ words in John 16:33 came to mind. “In this world you will have trouble. But be of good cheer. I have overcome the world.” Let’s join Christina in praising the Overcomer. Turn on your favorite worship song and raise your voice, hands, and heart in surrender to the One who is worthy of our devotion and praise.