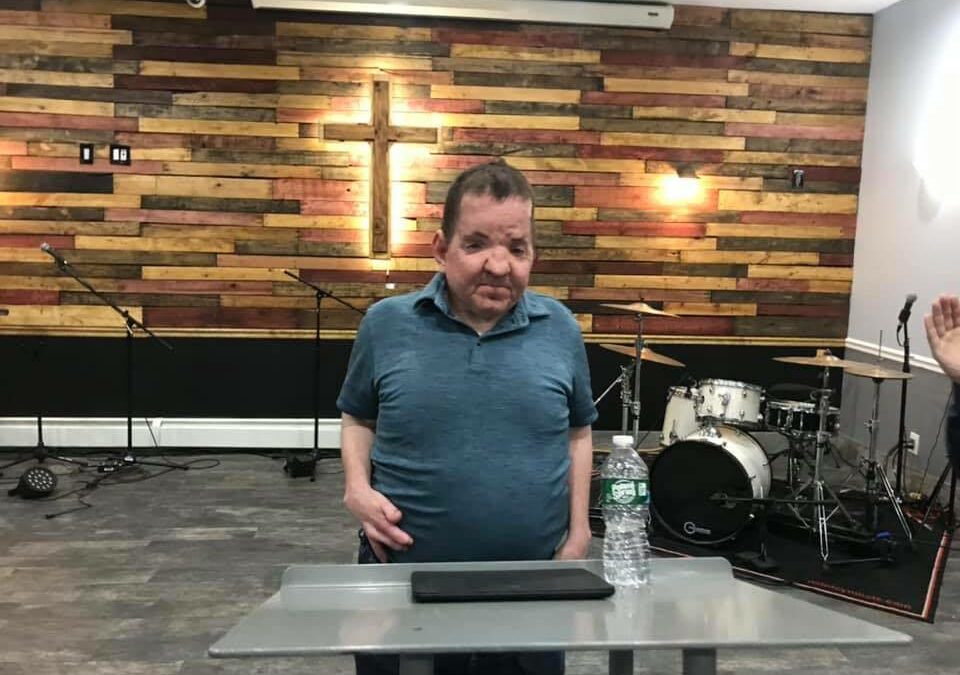 “God wanted me to do great things with my life.”

Evangelist Dorsey Ross spoke that statement of faith. He was born with Apert Syndrome. Even putting the word Evangelist in front of his name is remarkable. It is his calling, passion, and what God created him for. But it was not easy.

Like many kids born with a disability, Dorsey does not recall the typical childhood invitation to dream in the form of the question, “What do you want to be when you grow up?” It wasn’t until he was a teenager that he thought about the future. Because he spent many of his early years in hospitals, Dorsey thought becoming a nurse would be a good way to pay back some of what he received. But he faced an enormous obstacle toward this idea. It wasn’t his disability, his speech, or the unique way his body was formed. It was his dislike of seeing or dealing with blood. The dream to become a nurse vanished.

His parents chose to not give up on any child God gave them. They encouraged Dorsey and allowed him to figure out what he could and could not do. They also instilled in him a commitment to God and His church. It was while Dorsey was helping in the youth program at church that he found his next dream–to be a youth pastor.

One of his youth leaders was the first to point out that Dorsey’s testimony of God’s grace in his life was powerful and ministered to people. Others affirmed that ministry.

After attending the same school for twelve years where he was comfortable and known, Dorsey enrolled in college. He first attended a community college where he earned an associate’s degree in four years. His college career began with anxiety and defeat. Dorsey found stepping outside of his safe educational world into life on a community college campus was difficult. He was frequently sick, a symptom of his anxiety. The only option that seemed reasonable to him was to drop out.

Dorsey confided in his mom. She reminded him that there were only a few weeks left in the semester and suggested he try to hang in there a few more weeks. Shortly thereafter, in God’s providence, Dorsey learned about Chi Alpha, an international and interdenominational Christian fellowship on campus. Joining this group turned everything around, even his health. Dorsey found out he was not alone. He enjoyed meeting and knowing he was not the only one on campus who lived by faith. The fellowship was the environment needed to grow the seed of courage within to complete his associate’s degree.

An even bigger challenge came next when Dorsey not only left an academic environment that he had now become comfortable in but also left his home and community. Finishing his college experience led him from a New York City borough to the suburbs of Philadelphia. As he went out on ministry opportunities offered by the college, Dorsey had increasing opportunities to share his testimony. He continued to be told of the impact of his story.

Tenacity became a part of Dorsey’s life as he plugged along at his degree. Nine years after enrolling in college, he earned his Bachelor’s degree. And God confirmed Dorsey’s call to be an Evangelist within the Assembly of God.

Continuing what God started in him, Dorsey speaks two to three times a month and is active in his local church. Life did not get any easier for Dorsey just because he understood his calling. He frequently does not get return calls from churches and pastors he reaches out to. Instead, those people hear his voice mail message and often assume he is someone under the influence. Or they don’t understand enough of his message to know who they are asked to call back and for what reason. When discouragement sets in Dorsey remembers his life verse, Jeremiah 29:11, “For I know the plans I have for you,” declares the LORD, “plans to prosper you and not to harm you, plans to give you hope and a future.”

So far those plans include writing a book, Overcomer: Discovering God’s Purpose Against All Odds and traveling around the country to share the message God has given him. Truly a man who lives his vision, God is doing great things with Dorsey’s life. And he’s not done yet.

To hear a sample of Dorsey’s message, or to invite him to speak with your group, visit www.dorseyrossministries.com