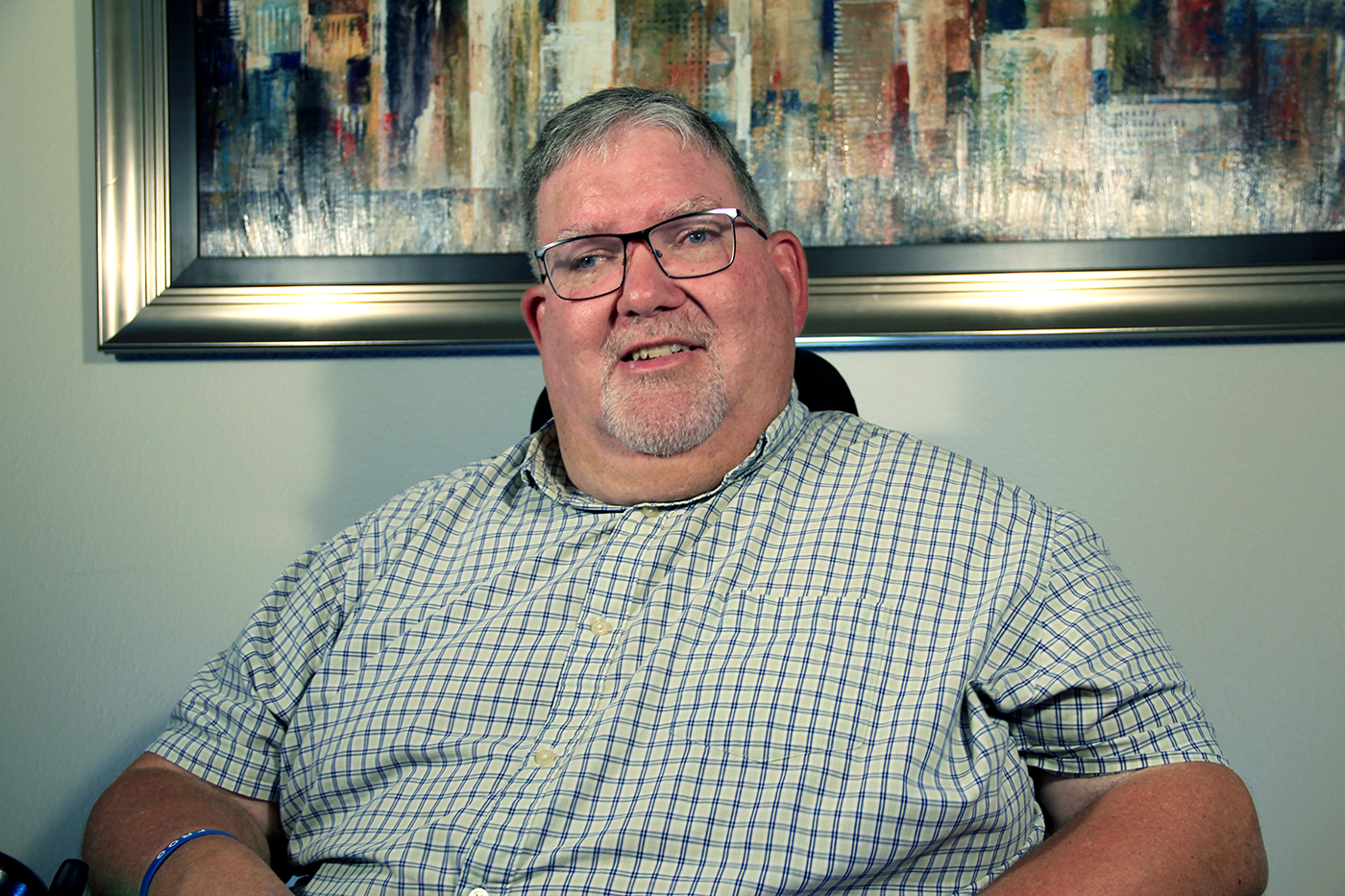 Jerry Borton has traveled around the country leading seminars on disability awareness, theology of suffering, leadership, and fundraising–all from his power wheelchair. Born with Cerebral Palsy, his mother said he came from the womb with a suitcase in his hand, ready to take on the world.

Jerry admits to a mild obsession with baseball. He likes watching every form of the game–from two kids slapping at a ball with a stick to his beloved Detroit Tigers winning an American League pennant. Married nearly twenty-five years, Jerry and his wife, Joan, enjoy bowling, traveling, and spoiling their nieces and nephews. Jerry and Joan make their home in central Florida. 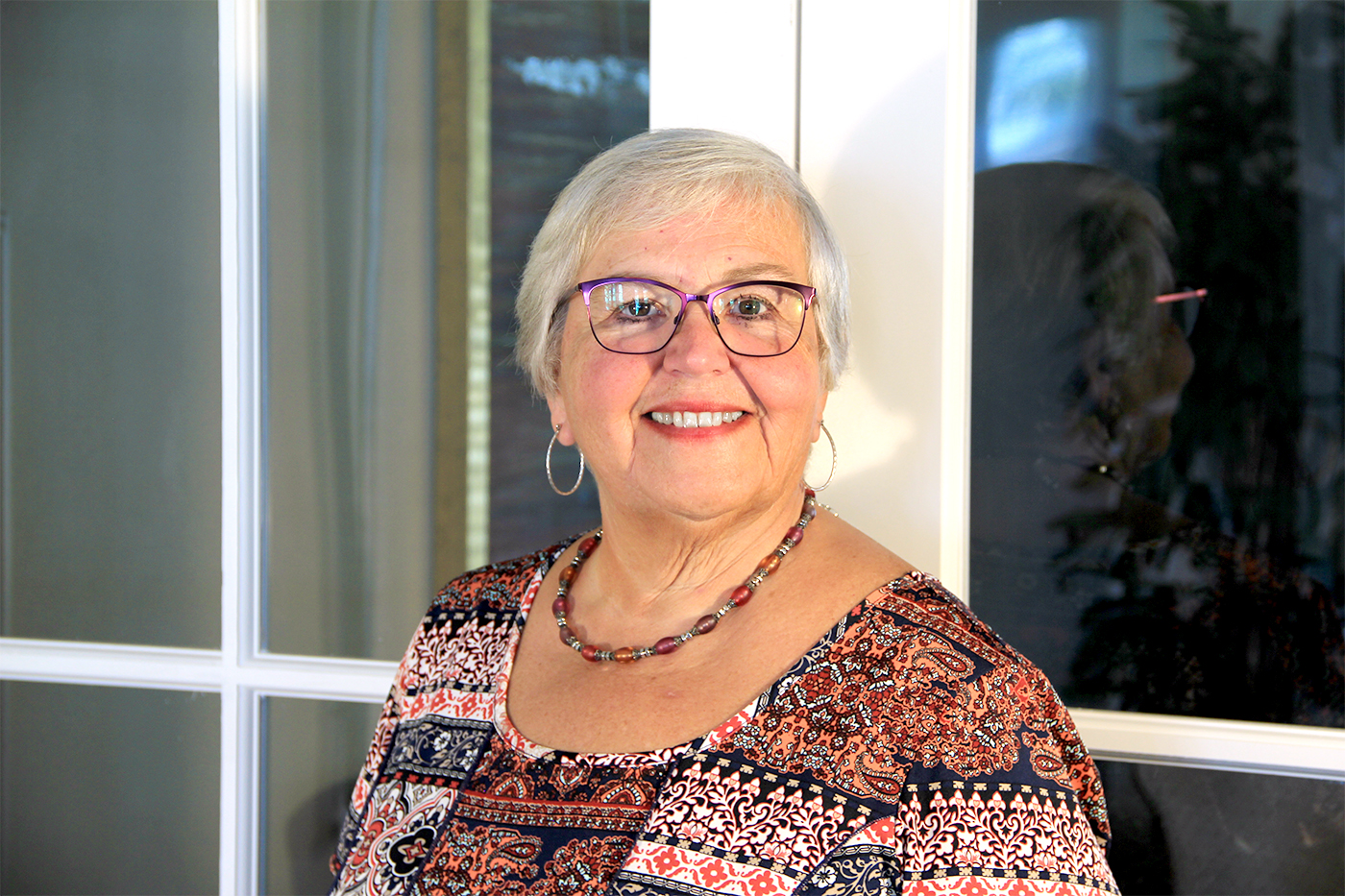 “Easy” is a word rarely used in relation to disability ministry. But long-time disability advocate, Joan Borton, loves to show people how easy it is to start a friendship with someone with a disability. Disability ministry has taken Joan to Ghana, West Africa, and all around the U.S, where she has taught on topics ranging from disability awareness to soul care to managing change to marriage and disability.

Joan has been joyfully married to Jerry since 1995. She is passionate about strengthening marriages affected by disability and frequently blogs and writes on this topic. There is little Joan enjoys more than encouraging a caregiver and listening to them share their life.

Joan and Jerry are committed to hospitality–whether that means entertaining guests at their Florida home, providing respite care for kids and teens, or being a home away from home for family and friends.  When faced with a little downtime you will probably find her reading or working on a jigsaw puzzle. 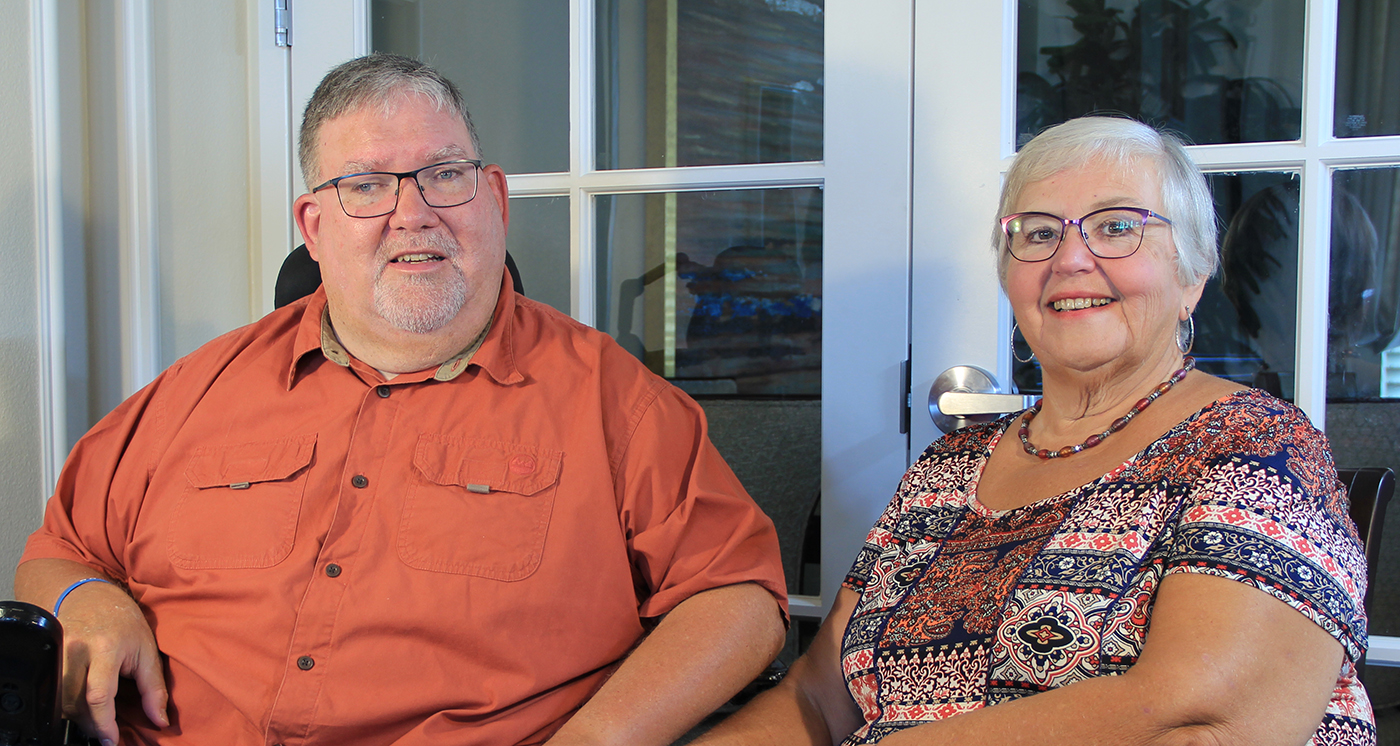 Jerry and Joan Borton have spent most of their lives befriending, working with and supporting people affected by disability. For Jerry it began at birth when he was born with Cerebral Palsy. Joan grew up with friends who had disabilities and found it a natural fit for her. It was little surprise to anyone, except themselves, when God brought them together in marriage and ministry in 1995.

Together they have a broad history of engagement with people with physical, developmental, and mental health disabilities. They have ministered in residential, camping, recreational, church, and educational programs. Jerry and Joan understand from personal experience that disability affects the entire family. Today you will find them mentoring, writing, and speaking on topics of family support, discovering your giftedness as a person with a disability, and the influence of the disability movement and the Church. 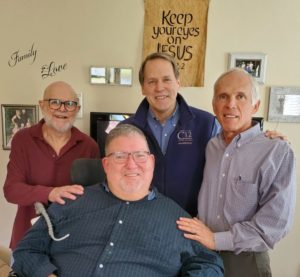 We are grateful for the people God chose to be on our Board of Directors.

Mark Dillon has served as a CPA practicing public accounting, and a past President of Tampa Bay Steel. Since 2013 Mark has been the Area Chair for the C12 Lakeland, Florida area, having been a national C12 Board member since 1996. Mark and his wife Cheryl were both raised north of the Mason-Dixon line, but met, fell in love and married in Florida. They have been married over forty years and call the  gulf coast of Florida home. They have been blessed with two children and four grandchildren.  Mark wrestled in High School and placed in the Florida state rankings two separate years.

Dave Shoemaker loves Jesus and helps God’s leaders aspire to the potential for which He calls them. The Philadelphia area is home and where he brings owners and CEOs together as members of the C12 Group.  Dave’s career prior to C12 spanned 30+ years in leading multi-national technology companies.  Dave and Sherry have been married 38 years.  They enjoy their two children as well as their spouses and can’t wait to be grandparents!  The Shoemaker’s worship at LCBC* Church in Harleysville, PA.

John L Stancil, CPA is a retired college professor now living in central Florida. He is self-employed at John Stancil, CPA (MyBaldCPA). He holds a DBA from the University of Memphis. John serves on the Board of the Florida Chapter of the National Association of Tax Professionals. He cherishes the forty-eight years spent with his bride, Gloria, before she passed away in 2018. John has two children who have given him three grandchildren. When not working or serving in his church, John enjoys sports, concerts, and live theater. He loves to travel, especially on cruises. Perhaps you have seen John before, as he once starred in an infomercial about infomercials.

You may recognize Jerry’s name as one of the co-founders and directors of Luke 14 Exchange, Inc. Jerry Borton, born with cerebral palsy, has been an overcomer and leader-in-the-making since early childhood. With a master’s degree in Organizational Leadership, Jerry is skilled at focusing on the vision and development of the ministry. He also mentors others with disabilities and helps them to develop the leader within. Jerry married Joan in 1995. Together they have moved about the country, but now call central Florida home.

Your tax-deductible gift will help strengthen people affected by disabilities and draw them into relationship, community, and purpose.