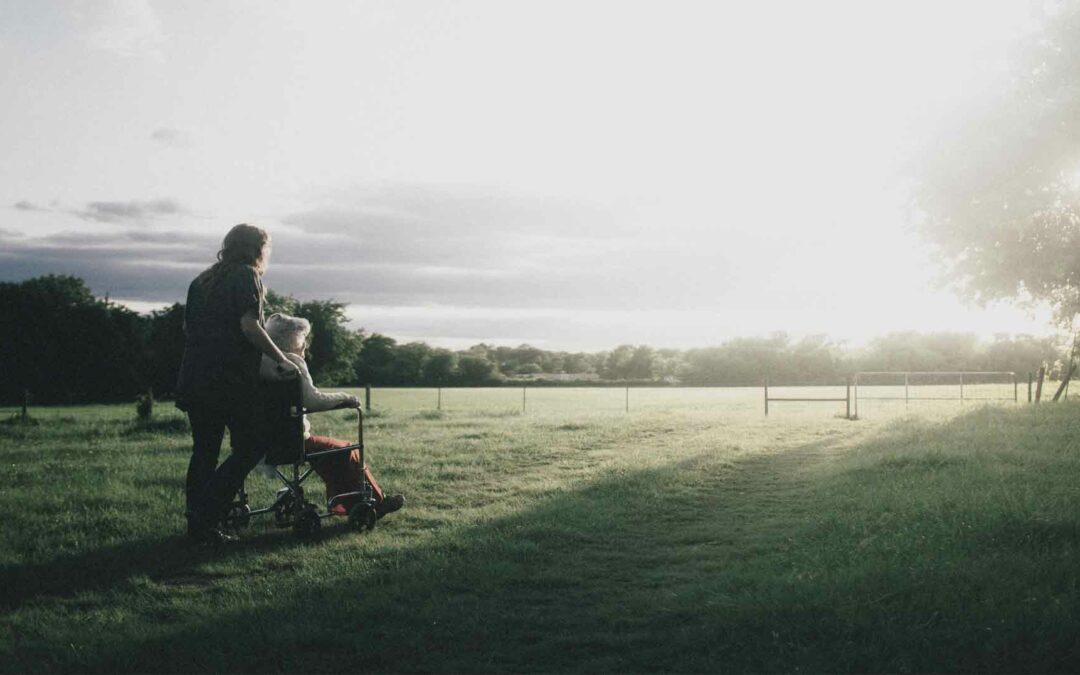 Most of us think about Labor Day as a day for eating hot dogs and hamburgers, getting that last taste of fresh farm stand produce, and signifying the beginning-of-the end of summer. Where I grew up in Maryland, it also represented the last day of childhood freedom before the new school year began. The actual history of Labor Day, however, harkens back to the late nineteenth century, when organized labor groups sought recognition for the work of laborers in society during the Industrial Revolution. Today, I’d like to honor a group of laborers who are as diverse and disconnected as can be imagined, and yet contribute significantly to the health and well-being of society: caregivers.

When we think of labor, our minds tend to gravitate to manual labor and workers who receive wages in the marketplace in exchange for their efforts. But there is an entire army of laborers who care for people who lack the ability to care for themselves. Caregiving is a voluntary role, borne out of the need for assistance. This care can include physical care, emotional care, spiritual care, financial care, and logistical supports. Caregivers may care for young children, people with disabilities, people with chronic illnesses, or the elderly. In other words, caregivers are the unsung heroes and the unpaid labor force of the family economic system.

In the Scriptures, one of the best examples I have found of caregiving comes from the relationship between King David and Jonathan’s son, Mephibosheth. You’ll find this story in II Samuel 9. A little refresher on the history between David and Jonathan helps, so let’s look at that first. Jonathan, the son of King Saul, was David’s dearest friend. Without provocation, King Saul attempted to kill David. Jonathan, in secret, protected David. And David made a covenant with Jonathan to “show the kindness of God” to this family, no matter what happened. As the story progresses, eventually Jonathan and Saul were both killed in battle on the same day, and Mephibosheth became permanently disabled in his feet when his nurse tried to escape with him and fell in such a way that irreparably injured him. Twenty years pass before the story in II Samuel 9 occurs. In the II Samuel 9 narrative we can see several qualities of grace-full caregiving.

First, grace-full caregiving is deeply purposeful. In II Sam. 9:3 David asks, “Is there no one still alive from the house of Saul to whom I can show God’s kindness?” There it is. The purpose of caregiving: to show the kindness of God. In this question, he wants to show the kindness of God to ANYONE in SAUL’S house. Remember: Saul was David’s sworn enemy. Jonathan’s son, Mephibosheth, was the grandson of David’s life-threatening enemy. And yet, that is exactly what the kindness of God is: the deep and wide, merciful and gracious, good and loving concern for the welfare of others, even those who are his sworn enemies. Kindness is a virtue because it is a clearly stated character of God. The Cambridge Bible Commentary says, “The kindness of God means kindness or mercy such as God shows to men (humankind): unfailing, unsought, unlimited.” [1]As caregivers, we get into trouble when we forget that demonstrating the kindness of God is our primary purpose. Instead, we can slip into less desirable and less honorable ends, such as:

Grace-full caregiving bestows the kindness and love of God for those genuinely in need, and it does so in ways that are unfailing, unsought, and unlimited.

Grace-full caregiving is not only deeply purposeful—to show the kindness of God—but it is also dignifying. When David discovered that Mephibosheth was still alive, he called him to his court. Can you imagine Mephibosheth’s knees shaking as he limped to the throne? II Samuel 9:6 tells us, “When Mephibosheth son of Jonathan, the son of Saul, came to David, he bowed down to pay him honor. David said, ‘Mephibosheth!’ ‘Your servant,’ he replied. ‘Don’t be afraid,’ David said to him…”

This may seem like a stretch to you, but I think it is profound. When Mephibosheth is found, David initiates the conversation, calls him by name, and tells him ‘Don’t be afraid.’ Calls. Him. By. Name. Don’t miss this! Calling someone by name imparts dignity. We used to have a running joke in my family when I was growing up because my Mom would go out of her way to call waitresses by their name when we went out to restaurants. My brother and I would do “the eye roll” at what we deemed to be an act of “over-familiarity.” Now, I understand it was an intentional action on my Mom’s part to deeply impart dignity to someone whose role is often de-valued by society. Grace-full caregiving imparts dignity. It sees every person as an image bearer of the Living God—and thereby worthy of our respect and honor. What is the first thing you notice when you gaze at a person with a profound disability, or a friend who is chronically ill, or someone who is very elderly? Is it the goodness, truth, and beauty of God? Caregiving is a tremendous opportunity to impart dignity.

If you are a caregiver, you likely have days when you do not feel purposeful, do not impart dignity, and do not feel like embracing your family member or friend who has substantial needs. I have those days too! Those are the times this passage is the most encouraging to me because it points me back to the One who always shows kindness to me, the One who always imparts dignity to me even in the face of my failures and shortcomings, and the One who has invited me—because of the finished work of Christ on my behalf—to dine at the king’s table every day. Not as a guest. But as a member of the family of God. Drinking deeply of God’s grace to me, in Christ, is what motivates me for a new day. There is gospel grace available for each of us.

If you are not a caregiver in this season of your life, how might you come alongside someone who is? If you dive deeply into II Samuel 9, you’ll see that King David doesn’t do all the work of caregiving for Mephibosheth himself, he enlists the help of the covenant community. You might be thinking, “Well, that doesn’t count! He was the king!” Hmmmm. I’d suggest your King calls you to nothing less.

Grace-full caregiving is purposeful, demonstrating the kindness of God.

Grace-full caregiving is dignifying, imparting dignity to image bearers of the Living God.

Grace-full caregiving is embracing, offering a lasting sense of belonging at the table of the King.

This Labor Day, reach out and celebrate a caregiver you know! Encourage them in the grace of God in their own life, and affirm in them the ways you sees God’s kindness, image-bearing dignity, and belonging demonstrated through the work of their hands!

Photo by Dominik Lange on Unsplash Stephanie O. Hubach is a Research Fellow in Disability Ministries in affiliation with Covenant Theological Seminary. From 2007-2016 she served as the Founding Director of Mission to North America’s Special Needs Ministries (Presbyterian Church in America). She is also a founding member of the Lancaster Christian Council on Disability (LCCD). Steph is the author of Parenting & Disabilities: Abiding in God’s Presence (P&R Publishing, 2021), Same Lake, Different Boat: Coming Alongside People Touched by Disability (P&R Publishing, 2006, Revised & Expanded Edition 2020), and All Things Possible: Calling Your Church Leadership to Disability Ministry (Joni and Friends, 2007). She has been published in ByFaith magazine, Focus on the Family magazine, and Breakpoint online magazine and produced a Christian Education DVD series based on Same Lake, Different Boat. Steph and her husband have two deeply loved sons, the younger of whom has Down syndrome. For further information on her work, go to www.stephaniehubach.com.

This article first appeared 9/6/22 at https://women.pcacdm.org/labor-day-for-caregivers/ and is reposted with permission from the author